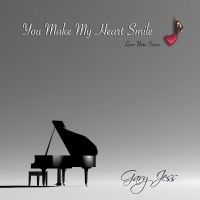 In 1997, Steinway & Sons named composer and pianist  Gary Jess to its worldwide artist roster.  Since 1853, Steinway & Sons has been maker of the world’s most sought after pianos, and its Concert and Artist Department has served the most talented and revered pianist throughout the globe since the late 1860’s, making available instruments for performance and recording, television, and radio.

The members of the Steinway Artist family are each as unique as the Instruments the Company makes.  Whether their music is classical, jazz, popular, religious, or new age, the common thread among the over 1000 artists who grace the roster is their belief in the Steinway piano as a piano that will allow them to express themselves as no other Instrument can.